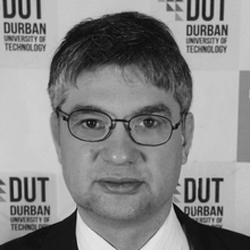 Vice-P1·esident for research and international cooperation at the Diplomatie Academy, an educatioo institution of the Russian Ministry of Foreign Affairs.

He is also Director of the Center for East Asian and Shanghai Cooperation Organization Studies at Moscow State Institute of International Relations (MGIMO-University).

He received his first degree from Moscow State Institute of International Relations in 1984, a doctorate in politics from Oxford University in 1997, a doctorate in history from the Diplomatie Academy in 2007  and a degree in theology from t. Tikhon  s Orthodox University in 2013. He worked at the Soviet Foreign Ministr·y Soviet Embassy to the People's Republic of China, and Institute of Oriental Studies of the Soviet Academy of Sciences. From 1990 to 1993, he served as an elected deputy of the Moscow City Soviet ( ounciJ) where l:1e chaired the Sub-Committee for lnter-RegionaJ Relations. He was a visiting fellow at the Belfer Center for Science and International Affairs at I arvard University from 1997 to 1998. From 2000 to 2001 he worked as a research fellow at the Center for Northeast Asia Policy Studies at the Brookings Institution. He is the author of The PolWcal Culture of the Russian Democrats (Oxford University Press, 2000) and The Bear Watches the Dragon : Ru · ia's Perceptions o.fChina and the Evolution of Rus ian- hinese Relations since the Eighteenth Centwy (M.E. Sharpe 2003), as well as numerous articles and policy papers on Russian and Chinese politics, the international situation in East Asia, the Shanghai Cooperation Organization, and Russian-Chinese relations.

HSE: Consistently ranked as one of Russia's top universities, the Higher School of Economies is a leader in Russian education and one of the preeminent economics and social sciences universities in eastern Europe and Eurasia.