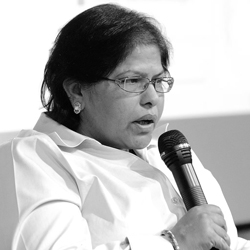 I am an independent scholar based in Islamabad with an expertise in military affarirs, militancy and radicalism. Since 1992, I have focused on civil-military relations, military decision-making, political economy of security, and political Islam. I am an author of two books – on arms  rocurement decisionmaking and political economy of the military. Although my main interest is research and writing due to which I have done extensive fieldwork in my region of interest, I have also taught at universities in Pakistan and the US. I have also been a civil servant for twelve years during which I also worked as Director of Naval Research with the Pakistan Navy and later at a senior position as advisor to the
chairman Pakistan’s National Accountability Bureau (NAB). My research work for the past 3-4 years is focused on militancy and radicalism in Punjab and Sindh, an issue that allowed me to examine governance, political and service delivery structures in these regions. I contribute articles in academic journals and opinion piece in New York Times, The Hindu, Indian Express, Dawn and Express Tribune.

Organized international conference on “Competing Religious Narratives in Pakistan: Can
Islam be an Agency for Peace” at the Department of South Asia Studies, School of Advanced
International Studies, Johns Hopkins University, Washington, DC (May 10, 2010).

Facilitator, Naval Track-II between India and Pakistan, 2001- 2005 – One of the results of my
research at CMC, Sandia National Laboratories on maritime confidence-building and cooperation
between India and Pakistan was establishment of the first naval track-II group which included
eight senior retired naval officers from both countries including four former chiefs of naval staff.
Funded by the Canadian and American governments, the group met annually in Malaysia and in
Sri Lanka.