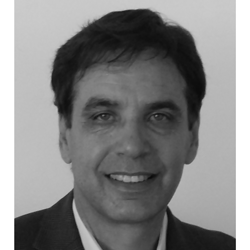 Azar Gat (born 1959 in Haifa, Israel) is a researcher and author on military history, military strategy and war and peace in general. Along with Steven Pinker and others, Gat argues that war is in decline in today's world.

He is currently Ezer Weizman Professor of National Security and in his second term (first from 1999–2003) as Chair of the Department of Political Science at Tel Aviv University. He is the founder and head of the University's Executive Masters Program in Diplomacy and Security. Gat is also a Major in the Israeli Army.

Gat's War in Human Civilization, published in 2006 by the Oxford University Press, was named one of the best books of the year by The Times Literary Supplement.