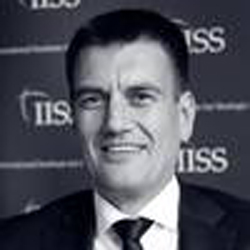 Dr Bastian Giegerich is Director of Defence and Military Analysis at The International Institute for Strategic Studies (IISS) in London. He is a contributor to the IISS’s Military Balance and Strategic Survey. From 2010 until 2015, Bastian worked for the German Ministry of Defence, both in research and policy roles, while also serving as the IISS Consulting Senior Fellow for European Security. He holds a MA in Political Science from the University of Potsdam and a PhD in International Relations from the London School of Economics. Bastian is the author and editor of several books on European security and defence matters. His articles have appeared in journals such as Survival, Security Studies and International Politics, among others, as well as in various print media outlets. Bastian has taught International Relations, Military Studies, and Public Administration courses at the London School of Economics, the University of Potsdam, and the University of Kassel.