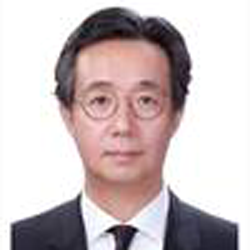 He is a specialist in Asian security and defense policy analysis, intelligence and net assessments, defense technologies and force modernization assessments, political risk estimates, crisis management, and WMD proliferation. Dr. Lee also has extensive experience in conflict scenario planning. Lee is also a columnist for the “Global Opinions” section of the Washington Post. Dr. Lee’s most recent book was published by the  Carnegie Endowment for International Peace in 2016 entitled Fault Lines in a Rising Asia and is working on his next book tentatively entitled War Machine: Decoding North Korea’s Strategic Strengths and Weaknesses which will be released in the fall of 2018.

He received his MALD and his Ph.D. from the Fletcher School of Law and Diplomacy, Tufts University in 1988 and his B.A. in political science from Yonsei University in 1982. Since the late 1980s, he has written extensively on Asian security, strategic developments in Northeast Asia, and the political-military balance on the Korean Peninsula.

Lee has written for the Washington Post, the Wall Street Journal and has conducted numerous interviews for CNN, BBC and other major international news organizations. He has lived in ten countries including the United States, Mexico, Uganda, Indonesia, the Republic of Congo, France, Germany, Japan, Singapore, and Korea with extensive research trips to Australia and has visited over 60 countries.