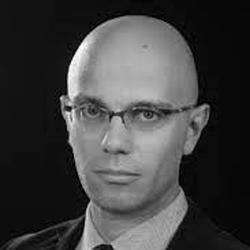 Associate Professor at the Lauder School of Government, Diplomacy and Strategy at the IDC Herzliya

Dr. Dmitry (Dima) Adamsky is Associate Professor at the Lauder School of Government, Diplomacy and Strategy at the IDC Herzliya, and is a Head of the BA Honors Track in Strategy and Decision Making. Prior to joining the school he has been a pre- and post-doctoral fellow at Harvard University, a visiting fellow at the Institute of War and Peace Studies, Columbia University and at the Norwegian Institute for Defense Studies. His research interests include international security, strategic studies, cultural approach to IR, modern military thought, nuclear strategy, American, Russian and Israeli national security policy. He has published on these topics in Foreign Affairs, Journal of Strategic Studies, Intelligence and National Security, Studies in Conflict and Terrorism, Journal of Cold War History, and Defense and Security Studies. His books Operation Kavkaz (Hebrew) and The Culture of Military Innovation (Stanford UP) earned the annual (2006 and 2012) prizes for the best academic works on Israeli security. He is currently working on a book on Religion and Strategy. In addition to his academic career, in his positions in the Israeli Ministry of Defense and the IDF, Dr. Adamsky has carried out intelligence analysis and strategic policy planning. In the latter capacity, he served as assistant secretary of the committee charged with formulating Israel’s national security concept (Dan Meridor Committee).