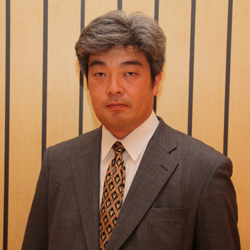 Kazuto Suzuki is an expert in the Panel of Experts for Iranian Sanction Committee under the United Nations Security Council.
He is also professor of International Politics at Graduate School of Law of Hokkaido University, Japan.

He graduated Department of International Relations, Ritsumeikan University, and received Ph.D. from Sussex European Institute, University of Sussex, England.
He has worked in the University of Tsukuba from 2000 to 2008, and moved to Hokkaido University.  He also spent one year at Woodrow Wilson School of Public and International Affairs at Princeton University from 2012 to 2013 as visiting researcher.
He has conducted researches from International Political Economy perspective in Space Policy, together with nuclear energy policy (contributed to Independent Investigation Commission of Fukushima nuclear accident), export control policy, science and technology policy, counter-terrorism, non-proliferation, export control and policies on market regulation.
He has contributed to the drafting the Basic Space Law of Japan, and served as space expert in number of governmental activities.

His recent work includes Space and International Politics (2011, in Japanese), Regulatory Power of EU (editor 2012, in Japanese);
“ICoC and the Right of Self Defence” in Rajeswari Pillai Rajagopalan and Daniel A. Porras (eds.), Awaiting Launch : Perspectives on the Draft ICoC for Outer Space Activities, 2014 ;
“Japan's Nuclear Safety : Regulations and Risk Perceptions” in Miranda A. Schreurs and Fumikazu Yoshida (eds.) Fukushima: A Political Economic Analysis of a Nuclear Disaster, 2013 ;
“The Leadership Competition Between Japan and China in the East Asian Context” Langdon Morris and Kenneth J. Cox (eds.) International Cooperation For the Development of Space, 2012 ;
“The Role of International Organisations for the Fair and Responsible Use of Space” in Wolfgang Rathgeber, Kai-Uwe Schrogl, and Ray Williamson (eds.) The Fair and Responsible Use of Space : An International Perspective, 2010 and many others.