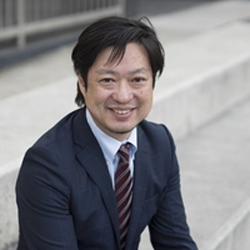 Dr. Ken JIMBO is an Associate Professor at the Faculty of Policy Management, Keio University. He is concurrently a Senior Research Fellow at the Canon Institute for Global Studies (CIGS) and the Tokyo Foundation (TKFD).  He also serves as a Director, Board of Directors at the Civic Force and a member of the International Institute for Strategic Studies (IISS).

His main research fields are in International Security, Japan-US Security Relations, Japanese Foreign and Defense Policy, Multilateral Security in Asia-Pacific, and Regionalism in East Asia.  He has been a policy advisor at various Japanese governmental commissions and research groups including at the National Security Secretariat, the Ministry of Defense and the Ministry of Foreign Affairs.  His policy writings have appeared in NBR, The RAND Corporation, Stimson Center, Pacific Forum CSIS, Japan Times, Nikkei, Yomiuri, Asahi and Sankei Shimbun.