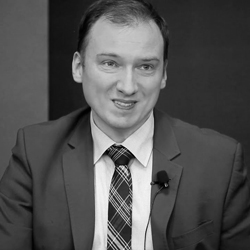 Since 2007 he has been a defence analyst, focusing on European defence policy.

Between 2013 and 2014 he served as acting coordinator of the International Security Program in PISM.

In his research he focuses on EU Common Security and Defence Policy (CSDP), including PESCO; defence industrial policies in Europe, European defence and military cooperation in bi- and mini-lateral formats; capability development in NATO, transatlantic defence- and industrial relations.

He is the author of numerous policy reports and academic papers on European defence, defence economics, Polish security policy and crisis management operations.