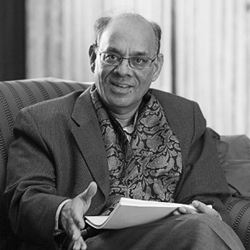 Dr. Ram S. Jakhu is Associate Professor at the McGill Faculty of Law and also Associate Director of Centre for Research in Air and Space Law of McGill University, Montreal, Canada. He possesses professional experience of over 30 years in the field of international and national space law and policy.

Currently, Dr. Jakhu is holding a tenured position of Associate Professor at the Institute of Air and Space Law, Faculty of Law, McGill University in Montreal, Canada. He is also Associate Director of Centre for Research in Air and Space Law of McGill University. He teaches and conducts research in international space law, law of space applications, law of space commercialization, space security, space safety, national regulation of space activities, law of telecommunications, and public international law. He served as Director, Centre for the Study of Regulated Industries, McGill University, during 1999-2004. He served as the First Director of the Master of Space Studies Program of the International Space University, Strasbourg, France, during 1995-1998.

Dr. Jakhu has taught Space Law and Policy in several countries; made presentations to the United Nations Committee of Peaceful Uses of Outer Space (UNCOPUOS); participated in the drafting of Space Law Curriculum for the United Nations Office for Outer Space Affairs (UNOOSA); presented numerous papers at various conferences around the world; organized (and often chaired) several space law and policy related conferences, symposia and workshop; advised several countries in the preparation of national laws and policies; and currently manages and guides a multi-million dollars research and outreach program for space law and policy.

Prof. Jakhu is a Member of the Global Agenda Council on Space of the World Economic Forum; Member of the Governance Group of the Space Security Index; and Fellow as well as the Chairman of the Legal and Regulatory Committee of the International Association for the Advancement of Space Safety. He is Managing Editor of the Space Regulatory Series, member of the Editorial Boards of Space and Evolution, Annals of Air & Space Law, Astropolitics, and German Journal of Air & Space Law.

He was member of the Advisor Group of Legal Experts on Optional Rules for Arbitration of Disputes Relating to Outer Space within the Permanent Court of Arbitration, and member of the Board of Directors of International Institute of Space Law for 14 years. In 2007, he received a "Distinguished Service Award" from the International Institute of Space Law for significant contribution to the development of space law.

Prof. Jakhu has co-authored two books, over 80 articles and 20 research reports and edited 6 books, including the one that received the 2011 Book Award from the International Academy of Astronautics.

Dr. Jakhu is the founder and President of Cyber & Space Telecom Inc., a Montreal-based consulting firm, specializing in space and telecom business, law and policy. During the last about twenty years, the firm has undertaken over 25 consulting assignments for various governments, organizations (including the Canadian Space Agency and European Space Agency) and private companies from around the world.

A Canadian citizen for over 40 years, he has visited over 70 countries in the world and has often been interviewed by the global media regarding matters related to space policy, law and programs.