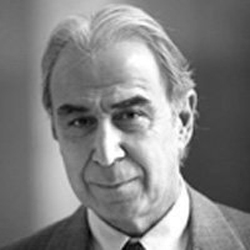 Chubin was director of studies at the Geneva Centre for Security Policy, Switzerland, from 1996 to 2009. A specialist in the security problems of the Middle East, he has been a consultant to the U.S. Department of Defense, the RAND Corporation, and the United Nations. He has been director of regional security studies at the International Institute for Strategic Studies, a resident fellow at the Woodrow Wilson Center for International Scholars, and a fellow at the Hudson Institute.

Chubin has taught at various universities including the Graduate School of International Studies in Geneva and the Fletcher School of Law and Diplomacy at Tufts University. He has lectured at Oxford, Harvard, and Columbia universities as well as at military staff colleges. He has published widely in Foreign Affairs, Foreign Policy, International Security, Washington Quarterly, Survival, Daedalus, the Middle East Journal, the World Today, and the Adelphi Paper series.

A Swiss national, Chubin was born in Iran and educated in Britain and the United States.