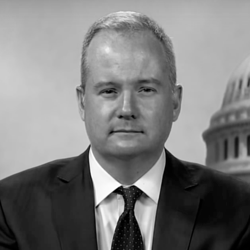 Mr. Moore is a Social Sciences Analyst in the Foreign Affairs, Defense and Trade Division of the Congressional Research Service (CRS). At CRS, he serves as one of two experts on Russian nuclear weapons doctrine, strategy, plans and forces. He also supports review of the U.S. Foreign Military Sales (FMS) program.

For a decade, Mr. Moore was a Senior Professional Staff Member at the U.S. Senate Foreign Relations Committee. He was a senior expert on matters of export control, nuclear energy, missile and conventional arms technology, and National Technical Means for arms control and nonproliferation treaty monitoring and treaty data verification. He was responsible for work on resolutions of ratification and implementing laws for several arms control and nonproliferation treaties, including the Moscow and New START treaties; the U.S.-IAEA Additional Protocol; and the US-UK and USAustralia Defense Trade Treaties.

He also assisted in Senate review of several agreements for peaceful nuclear cooperation, including the controversial US-India agreement. As a staff member appointed by former Chairman Richard G. Lugar, he undertook extensive travel and legislative work related to the Nunn-Lugar Cooperative Threat Reduction Program in Russia and former Soviet Union.

While on the committee staff, he also participated in a review of NATO’s nuclear sharing strategy, systems and future. Prior to joining the Foreign Relations Committee, he worked as Staff Assistant to the Subcommittee on Strategic Forces of the Senate Armed Services Committee.

Mr. Moore has also been a Senior Fellow for several think tanks, including The Lugar Center and the Center for Strategic and International Studies. Mr. Moore received a Bachelor of Arts Degree in Russian and East European Studies from the University of Kansas (Phi Beta Kappa, With Distinction).

He is a past member of the International Institute for Strategic Studies in London, UK, and an alumnus of the Atlantik-Brücke German-American Young Leaders Conference. He is proficient in Russian. He has been widely quoted as an expert on Russia and its present role in international security, appeared as an expert for testimony and published several articles. As well, he has been a guest contributor to several blogs, including War on the Rocks and the Arms Control Wonk.